Set Up a Ruby Dev Environment for PHLO

Using this guide, you can set up a development environment in five minutes to trigger a PHLO.

To get started, install Ruby, Rails, and Plivo’s Ruby SDK. You can check whether you have Ruby installed by running ruby --version in a terminal window. If you don’t have it, macOS and Linux users can install it using homebrew, and Windows users can use RubyInstaller.

Auto-generate code for a new Rails project with the command

This command creates a directory named plivotest with the necessary folders and files for development.

To install the Plivo-Ruby gem into the bundle, run

Create and configure a PHLO, then integrate the PHLO into your application workflow by making an API request to trigger the PHLO with the required payload.

You can run a PHLO with static payload values by entering specific values in fields like from and to on the PHLO console. 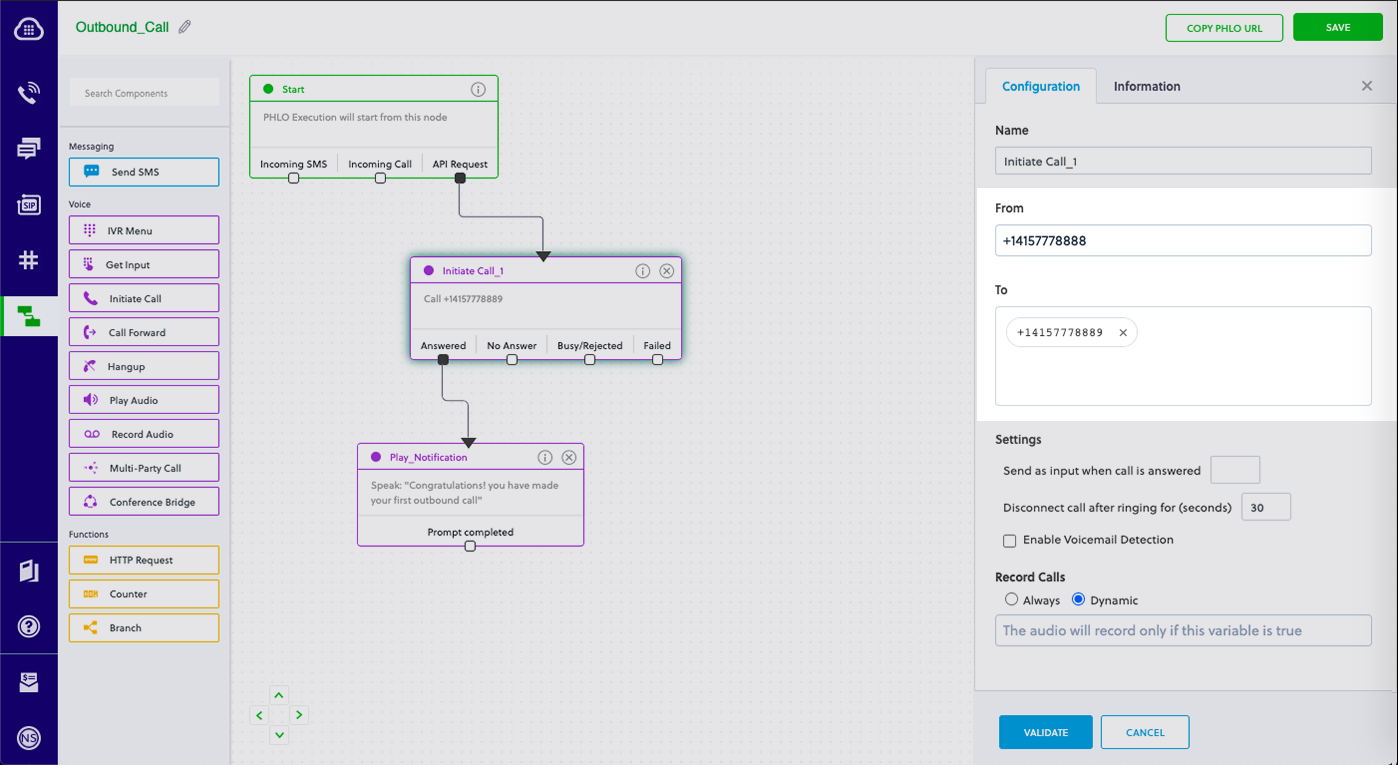 To deliver a dynamic payload instead of a static one, define the payload keys as Liquid templates on the PHLO console and pass the values at runtime. 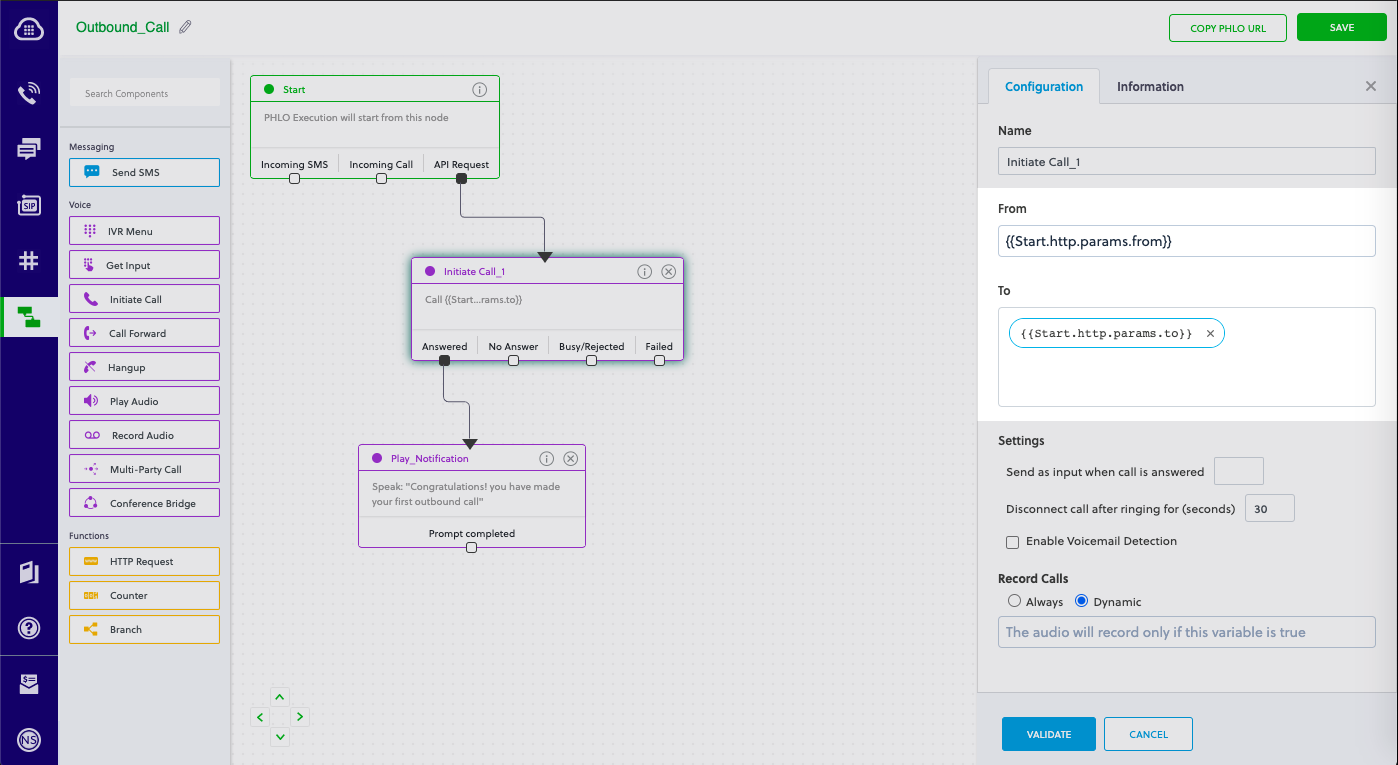 This command generates a controller named plivo_controller in the app/controllers/ directory and a view in app/views/plivo. You can delete the view — we don’t need it.

Edit the app/controllers/plivo_controller.rb file and paste into it the code below for either a static or dynamic payload:

To add a route for the outbound function in the PlivoController class, open the config/routes.rb file and change the line:

Now plivo_controller is ready. Use this command to initiate an outbound call.

Your local development server will be started and you can test the application for outbound calls via the URL http://localhost:3000/plivo/outbound/.

Note: If you’re using a free trial account you must verify (sandbox) your destination number, unless you use the phone number you used for signup verification as your destination number. We require this as a security measure to avoid abuse. To sandbox a number in a Plivo trial account, visit Phone Numbers > Sandbox Numbers and click on Add Sandbox Number.
Rate this page
🥳 Thank you! It means a lot to us!
×
Help Us Improve
Thank you so much for rating the page, we would like to get your input for further improvements!
Subscribe to Updates
Thank you for your feedback!