Set up Your Java Dev Environment for Voice Calls

In this guide, you will learn how to set up a development environment in under 5 minutes to trigger API requests and to start serving valid Plivo XML to control your call flow. Also, Using a tunnelling software like ngrok, we will see how you can expose your local dev server with a public address to test out your integration with Plivo.

You must install Java(Java 1.8 or higher) and Plivo’s Java SDK to make your first call. Here’s how. 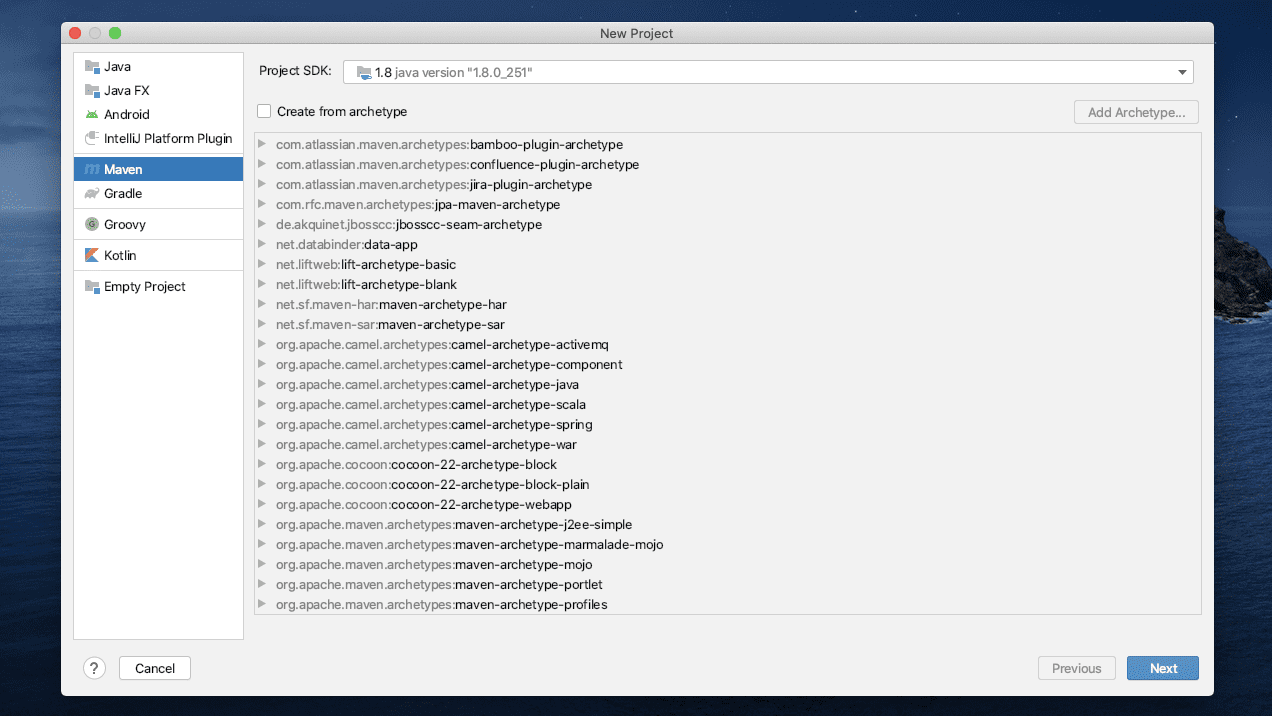 To trigger any Plivo API, you can create a file in the project directory and execute the code. Please check below example to make an outbound call: 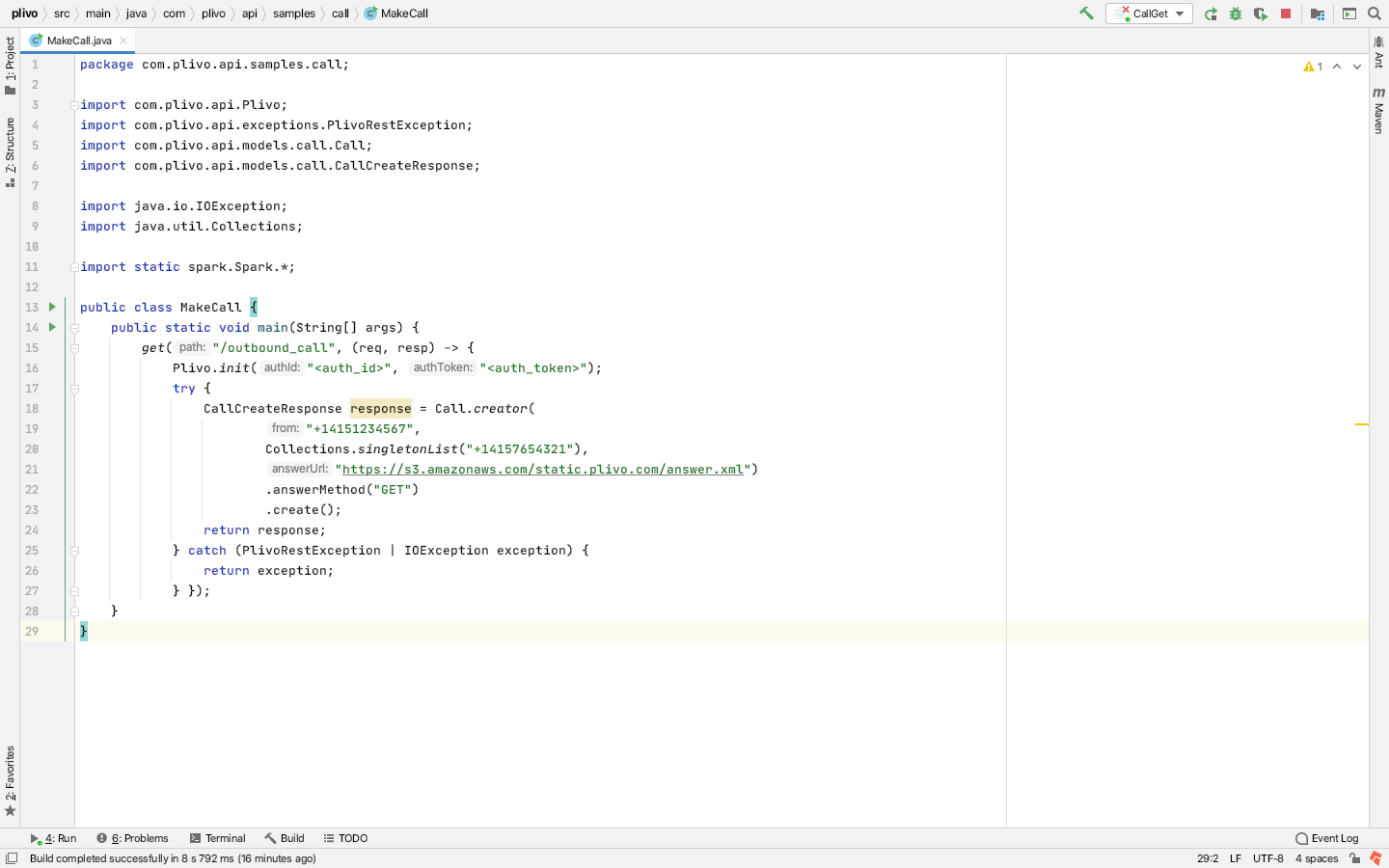 Note: You can follow the same approach to trigger any other API requests. Please refer to the detailed API reference to check all the API requests available on the Voice API platform.

When a call is received on a Plivo voice-enabled number, you can control the call flow by declaring an answer URL for your Plivo application associated with that Plivo phone number. Plivo will invoke the answer URL specified and expect a valid XML response to handle the call. We will see how to create and set up a new Plivo Application through the Plivo console in the following section.

Notice how the concept of Answer URLs applies to both outbound API calls as well as incoming calls to your Plivo numbers. In the outbound API call example above, we specified the answer URL along with the make call API request, whereas in the case of incoming calls to Plivo numbers, the answer URL is specified in the Plivo application associated with the phone number.

In addition to requests to the answer URL, Plivo initiates HTTP requests to your application server through the course of a call based on the specific XML elements in your answer XML. Such requests can be broadly classified into two categories:

Action URL Requests: XML instructions to carry forward the call are expected in response to these requests. These requests are typically invoked at the end of an XML element’s execution. For example: when an IVR input is received from the caller during a GetInput XML execution.

Callback URL Requests: No XML instructions are expected in response to these requests. Such requests serve as webhooks to notify your application server of important events through the course of an XML element’s execution. For example: when a conference participant is muted or unmuted.

Set up a Spark Webapp to Serve XML & Manage Callbacks

In this section, we’ll walk you through how to set up a Spark server in under five minutes to serve XML documents & manage callbacks.

Run the project and you should see your basic server app in action on http://localhost:4567/receive_call/

To sever XML documents and to handle callbacks, your local server should be able to connect with Plivo API service, Ngrok is a tunneling software used to expose a web server running on your local machine to the internet. Using Ngrok you can set webhooks which can talk to Plivo server.

Use Ngrok to Expose Your Local Server to the Internet

Run ngrok on the port which currently hosts your application. For example, if your port number is 4567, run the following command:

This will start the ngrok server on your local server. Refer to the below screenshot.

This will give you a UI with links that look like ngrok.io/* which you can use to access your local server using the public network. And you should see your basic server app in action on http://<nrgok_URL>/receive_call/

Note: You can follow the same approach to serve any other XML documents to manage various call flows. Please refer to the detailed XML reference to check all the XML elements available on the Voice API platform.
Rate this page
🥳 Thank you! It means a lot to us!
×
Help Us Improve
Thank you so much for rating the page, we would like to get your input for further improvements!
Subscribe to Updates
Thank you for your feedback!