Following the December rollout of our new Voice 2.0 Infrastructure, our team continues to add features and upgrades to improve voice quality. As of today, our WebRTC SDK supports the Opus codec, which is the best-in-class audio codec for a wide range of voice applications. All applications that use the Plivo Browser SDK for inbound and outbound calling will automatically use Opus as their default codec. Soon we’ll launch Opus support for our Mobile SDK and Zentrunk SIP trunking as well.

Why the Opus codec?

We’ve optimized the opus encoder with reduced complexity on our Plivo network side to reduce decoder complexity on customers’ browsers. We’ve also optimized sampling rates, leading to decreases in browser sampling frequency and thus providing better performance on the browser. All of our optimizations also save bandwidth.

We’ve captured these audio samples that compare how Opus and the PCMU (G.711) codec deal with varying degrees of packet loss. The first sample, with 0% packet loss, sets the baseline for comparison. With increases in packet loss, Opus’s superiority stands out. Even at 30% packet loss, Opus still delivers comprehensible dialogue.

Opus is also efficient. Instead of the 100Kbps of bandwidth our prior WebRTC SDK codecs used, Opus uses 50Kbps. Your application will experience decreases in jitter, latency, and packet loss, and despite poor network connections, your users will experience better voice quality.

Opus is an open source audio codec that’s optimized for speech and music transmission over the internet. Audio codecs are software that compress and decompress digital audio signals for transmission. These codecs depend on mathematical algorithms and are graded on their ability to retain audio quality while encoding and compressing audio signals.

Opus is highly effective at reducing bandwidth consumption and CPU usage during audio transmission while maintaining high-fidelity audio signals. It’s known for its ability to handle a variety of VoIP audio applications, including conferencing, help desks, and click-to-call applications.

Why is Opus awesome?

Opus was built to fill the gaps of existing audio codecs, which were not optimized for bandwidth, CPU usage, and the varying bitrates and frame sizes that are needed for next-generation WebRTC-based audio applications. Even though Opus is not new, its high quality and low latency performance have propelled its popularity among applications that use WebRTC. Google’s Chrome browser has adopted Opus as its default codec, and Firefox, Opera, and Chromium browsers all support Opus for WebRTC as well. Because of this broad support, more and more WebRTC applications have been adopting Opus to transmit speech over the internet.

Here’s how Opus stacks up against other popular codecs, per its creators Jean-Marc Valin (Mozilla/Xiph.Org), Koen Vos (vocTone), and Timothy B. Terriberry (Mozilla/Xiph.Org). As illustrated below, Opus has the lowest delay (26.5ms by default), flexible bitrate, and a broad range of bandwidth support (narrowband to fullband), and it’s optimized for real-time communication. 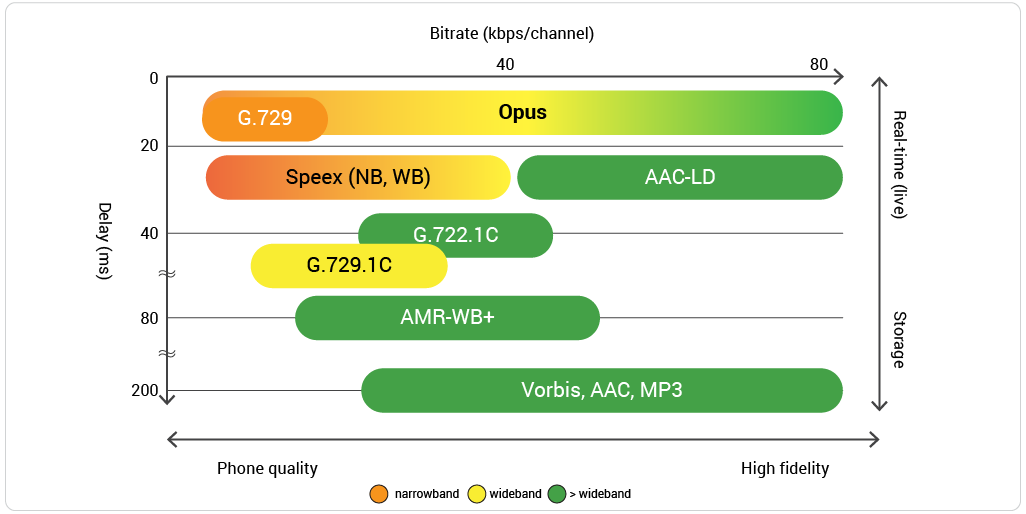 Opus can adjust bitrate, audio bandwidth, and frame size dynamically on live calls. This support for a range of bitrates, frame sizes, audio bandwidths, sampling rates, and multistream frames ensure that a wide variety of applications can use Opus to transmit audio. This flexibility allows Opus to compensate for varying internet speeds and issues that users could experience without notice. For example, if a user has a congested Wi-Fi router or experiences low network bandwidth, Opus can automatically and seamlessly switch to a lower bitrate for smaller bandwidth consumption.

Errors and packet losses are unavoidable when complex systems interact. Opus has many features and strategies to mitigate poor audio quality during low network connections.

~~Ideally, in a perfect high-bandwidth, low-latency environment, the network should deliver a steady stream of packets on a continuous basis. However, even if audio data is being transmitted and played in the right order but not played to the exact timing, sound distortions can occur. Below is an illustration comparing a steady stream of packets during zero congestion versus the same audio transmission (i.e., same packet stream) in a congested environment.

VoIP applications can experience a lot of jitter because it requires high bandwidths to transmit high fidelity audio. However, even in the event of packet loss, Opus has built-in features such as Packet Loss Concealment (PLC) and dynamic frame sizes to mitigate the symptoms and detection of jitter by the human ear.

The human ear can detect latency greater than 250ms. While 300ms is considered industry wide as poor latency, the International Telecommunication Union recommends that latency should be kept below 150ms to ensure that symptoms of poor voice quality doesn’t affect calls. Our platform is optimized to deliver connectivity under 50ms to all customers around the globe and support for high value audio codecs such as Opus plays a large role. Opus solves latency issues by supporting variable and constant bitrates and being able to adjust bitrates dynamically.

Mitigating packet loss is especially important in real-time communication, because there is no time to resend missing packets. Therefore even low levels of packet loss can cause unnecessary breaks in audio or when packet loss is severe, complete sentences could be missing. Even though Opus cannot directly alleviate packet loss, it can mask the symptoms with reconstruction algorithms like forward error correction (FEC) and other packet loss concealment (PLC) strategies.

Opus’ adaptability and robustness makes the codec suitable for VoIP applications running on stand-alone software or web browsers. See for yourself and let us know what you think. 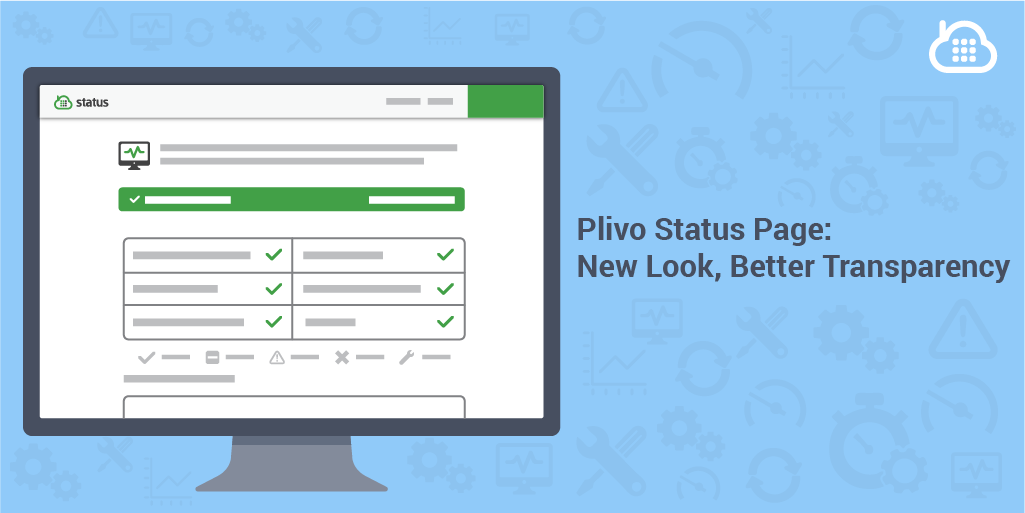 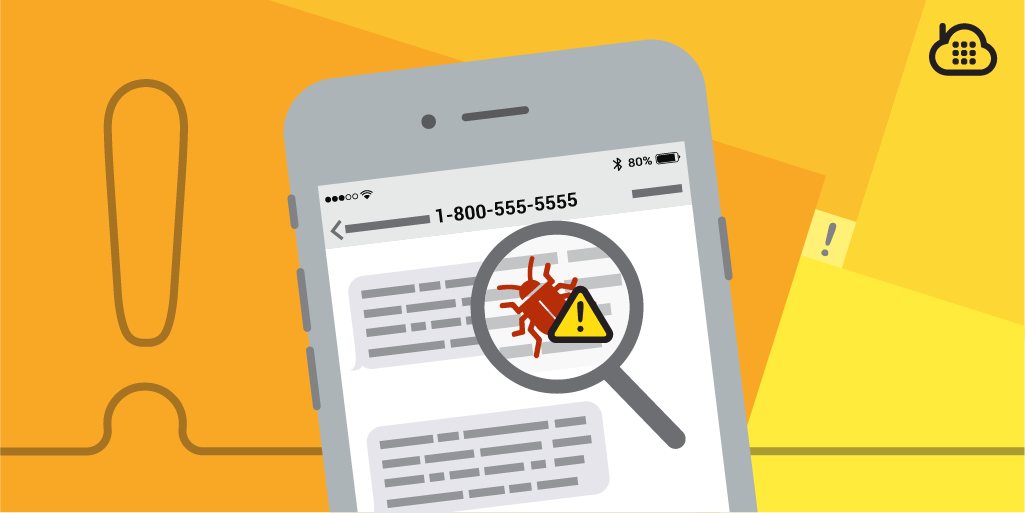