Though the US and Canada heavily regulate SMS/MMS messages sent using regular 10-digit phone numbers, these long codes remain the medium of choice for businesses that wish to engage with their customers via messaging. The familiarity that they lend to a conversation, their price advantage, and the easy procurement process make long codes a natural choice for most users.

To create a new Powerpack:

To modify or update your Powerpack

Local Connect is designed to make message communication personal. It ensures that messages get sent using a local phone number with the same area code or regional prefix as the destination number.

Let’s look at an example of how this works. Suppose you’re sending an SMS/MMS message to a San Francisco number beginning with area code 415:

How to specify automatic fallback for SMS and MMS in Powerpack

You can add short code, toll-free, and long code numbers to your Powerpack. When you add more than one type of number to a Powerpack, the Powerpack automatically resolves the source numbers of various types based on the number available and priorities set within the Powerpack to help you achieve the best delivery rate.

The default fallback priority list, which you can customize in the console, is:

These default values can also be changed based on your needs from the console. For example, if you want to maximize cost savings, you can set the following priorities for the US and Canada.

Operator configurations for SMS and MMS

Operator configurations allow you to select the type of source number, such as short code or toll-free, with which to send a message to specific operator terminating numbers. They are currently available only for Verizon and AT&T operators.

In the example below, all Verizon terminating numbers are set to be routed via short code. 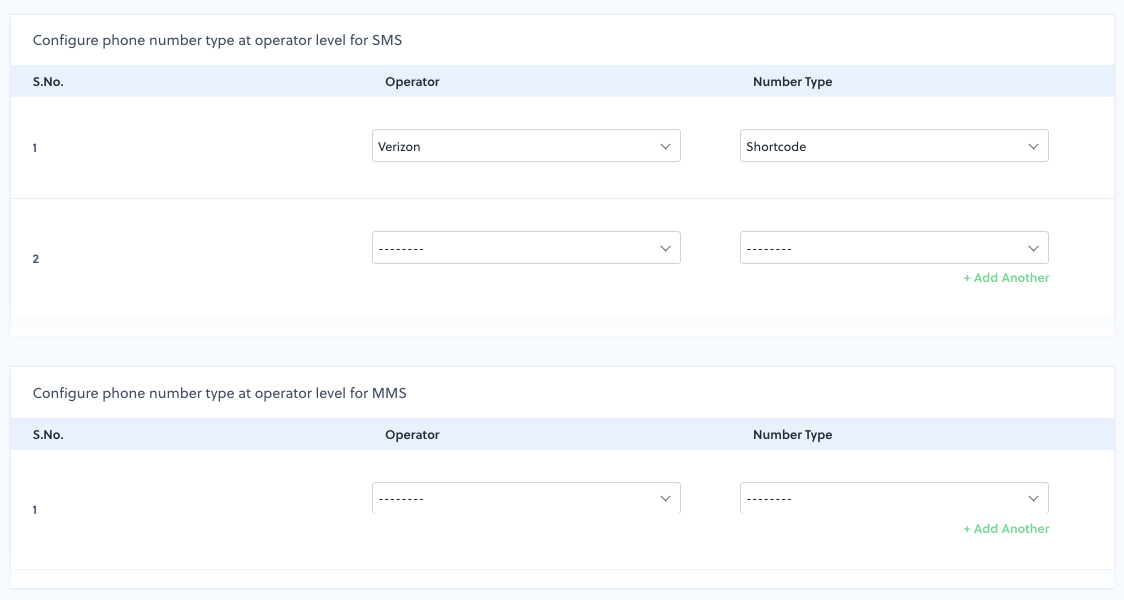 This feature can help you overcome message delivery failure with certain operators and increase delivery rates. Visit the console to get started with this feature.

Add a toll-free number to a Powerpack

For example: If you send messages to destination networks C1 and C2 using Powerpack, but C2 doesn’t support toll-free numbers, Powerpack will use other numbers in the pool to send messages to the C2 network and short code numbers to reach customers in C1.

To use toll-free numbers with Powerpack: